What is the master key to influence? Well, it’s this human beings are singularly motivated. People do things for one reason and one reason: only people don’t have 10 reasons they do things. They don’t have 15 reasons.

If you don’t remember anything, i would say tonight remember that frames create focus. What does that mean that frames create focus? The reason we put a frame around the picture is because we want people to focus on what’s inside the frame, everybody tracking, so what you want to do is you want to understand that when a fact happens you put a frame around it? That frame has a positive side and a negative side, because everything has a positive side and everything has a negative side. It’S impossible.

Why? Because there’s no such thing as a one-sided anything? Well, we put that frame around it when we put that frame around it, then that frame is going to cause us to manufacture a belief and that belief that belief is going to be manifested either as faith or it’s going to be manifested as doubt – and this Is the part most people don’t understand? Most people don’t understand, i’m going to say it slowly, because most people have never heard it before faith and doubt are both belief. Most people think faith is belief and doubt is the absence of belief. But doubt is not the absence of belief.

That feeling in our heart is why we do everything like you get up early because you feel like getting up early or if you don’t feel like getting up really early. Guess what you do you sleep in right and so the reality is. We have to understand that my motivation, your motivation, the motivation of our children, our spouses, our business partners, those people that we negotiate in business with all of us are motivated by our feelings and interesting that we say the fact that um that we have emotions.

Really slowly. Anticipation is the energy i get when the outcome i expect is desirable to me. So when i’m expecting a desirable outcome, it energized me. I can’t sleep.

Do you remember when you were a little kid and i don’t know if you were mischievous, like i was but christmas before the week before christmas, we would always sneak into my parents, bedroom or we’d sneak into the basement to see if we were getting the things We asked for how many all know what i’m talking about, and so we snuck in there and i saw i – was getting that electric guitar, that i’ve been begging for for years and all of a sudden, i know i’m going to get that electric guitar and your Parents were probably not sadistic like mine were, but mine always made us go to bed early on christmas eve and i’m like we can’t sleep. What do we go to bed and we’re up there? My brothers and i and we are laughing and talking and acting crazy until two o’clock in the morning, because we got so much energy from our expectation of what we were going to receive the next day. We couldn’t sleep, and so that’s what anticipation does anticipation gives you energy to do the thing? But what, if you’re focused on the negative aspect of the fact and it causes you to manufacture a belief called doubt? Well, that’s going to show up in the in your heart as the feeling of anxiety you got to get this now.

Anxiety is the thief of your dreams, the things that you desire to have that you don’t have right now. The reason you don’t have them is because you’ve manufactured more anxiety than you have anticipation, the reason that people say no to you when you’re making them an offer is because you created more anxiety in them than you have anticipation. And when you learn how to create more anticipation in people than you do anxiety, they will start saying yes, instead of saying no and then you’ll be you’ll, be blown away.

It’Ll seem like it’s almost wait a minute. This is too easy because you started focusing on creating an arena that causes people to feel like saying yes to the things that you’re offering them to them. So so what is anxiety if anticipation is the energy i get when the outcome i expect is desirable to me, then anxiety is wasting present energy on a future outcome. That’S undesirable to me.

Let me say that one more time anxiety is wasting present energy on a future outcome. That’S undesirable to me. So what happens? Is i’m expecting an outcome? I don’t desire, and so what i do because i’m expecting that outcome i don’t desire.

We have alligators. Y’All, probably have them down here too, and if you hit your ball close to an alligator, and that ball is really close to that alligator. You got to turn your back to hit that ball.

I recommend you, let the alligator keep the ball. Why that alligator represents a real and present danger, but if i’m getting ready to make a sales call – and i think well what if they say no, i need to make the sale. I got to make a sale this week, i’m about to lose my job because i can’t meet my quota.

Well, that’s a different story. That’S not fear! That’S anxiety because now you’re making up a story about the future, that’s causing you to have a feeling in the present that robs you of the energy to do the very thing that would keep that negative thing from happening. Have you ever heard somebody say worrying about something makes it happen? Well, that’s why, when you’re worried about something worry anxiety, same thing, different word when you’re worried about something that worry causes, you robs you of the energy to take the action that could keep the bad thing from happening.

So anxiety is wasting present energy on a future outcome that is undesirable to you. I recommend that you not do that so myron. How do people say? I’Ve got a procrastination problem, no you’re just expecting the thing, you’re procrastinating, not to do the thing you’d like it to do, and so therefore you don’t do it.

If you could paint a clear and mental picture of the outcome, you desire as a direct result of the thing that you need to do. If you can see that as the ultimate outcome and that’s going to happen. And if you could get yourself in your heart of hearts to believe that you would take every action in that direction, there’s no such thing as an author with writer’s block, there’s just an author who expects the book not to sell.

If you thought you were going to sell a million copies next week, you get that book done tonight, see it doesn’t matter what we apply it to. It always works if our children believe that their life is going to get better as a direct result of doing the thing we desired them to do, because we had them do it for their reasons. Not ours, then cleaning your rooms, easy all. You got ta, all you have to do is give them a reason that makes sense to them and causes them to feel like doing it, y’all track it.

When we focus on the outcome we desire – and we have faith that gives us anticipation – that’s the energy. The function in our hand, is called power. Not only do we have the energy and the power to do the thing, it is impossible for us not to do the thing when we have anticipation, we get a really really bad case of the.

I can’t help it how many of y’all ever had a bad case today. I can’t help it, and so what happens? Is i’ve now got this? I’Ve got i’m looking at this fact. I’M focused on the positive aspect of the fact i’m manufacturing faith, it’s traveling down into my heart and building up all this anticipation, and now i can’t do anything but the work.

What i’m going to do instead is i’m going to go to work on the thing that’s going to work. For me – and i know it’s going to work because i’m going to make it work and then, lastly, if the feeling in our heart is anxiety, then the function in our hand, is powerlessness and what happens when we live? A life of powerlessness is every obstacle we face. We see it is bigger than us every obstacle we face. We see it as larger than us everything that comes our way.

But when we realize the power that we have when we master the master key of influence, it gives us the ability to overcome procrastination in ourselves and others and no will turn to yes and maybe we’ll turn to absolutely and i’ll. Think about it. Turns to where do i sign, because you have figured out how to create environments that cause people to feel like doing the things that are in their own best interest? That’S the master key to influence! I’M dr myron goldman. It’S been a pleasure talking. 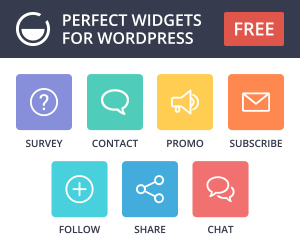